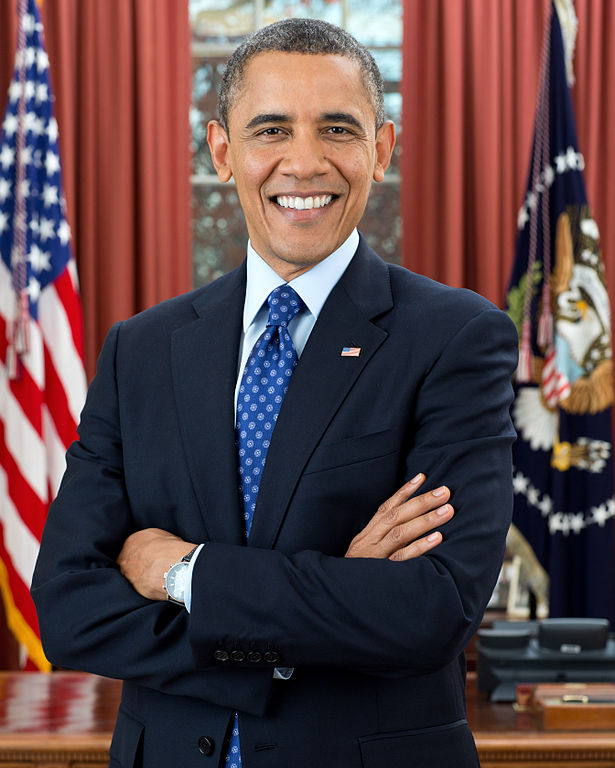 Barack Obama was born August 4, 1961, in Honolulu, Hawaii. His childhood is marked with extreme conflict and struggle. The son of a Caucasian mother from Wichita, Kansas and a Kenyan father from Nyanza Province, Kenya, his parents divorced when he was just two years old. His father was later to die in an automobile accident when he was 21 years old, and meanwhile his mother remarried and the family moved to Jakarta, Indonesia, in 1967, where he attended public school. Then he returned to Hawaii Punahou School until his graduation in 1979. He has many times expressed his difficulty in dealing with his multi-cultural, multi-national, and broken-home upbringing. His mother was also later to die of cancer in 1995, compounding his feelings of social isolation.

He began practicing law of a sort from 1993 to 1996, by directing a voter registration drive, and joining a law firm where he took on cases involving community organizers, discrimination claims, and voting rights. In 1996 he began lecturing at the University of Chicago Law School about constitutional law, and he was also elected in that same year to the Illinois State Senate, representing the 13th district of south Chicago. He was to be re-elected to this position in 1998 and 2002.

Barack Obama’s work in the State Senate was diverse and active. He drafted or sponsored legislation on ethics and health care reform, a law enhancing tax credits for low-income workers, welfare reform, and increasing subsidies for child care. He also introduced legislation to mandate videotaping of homicide interrogations, and a law to monitor racial profiling by police. He also got an endorsement from the Illinois Fraternal Order of Police, for being immensely helpful in working with police organizations on death penalty reform.

He eventually dropped out of the State Senate to seek election to the United States Senate in 2003. He is well-known for a keynote address at the 2004 Democratic National Convention in Boston, Massachusetts, in which he shared some background of his family, spoke on the government’s role in citizen’s lives, questioned the ethics of President Bush’s war in Iraq, and ended with a plea for national unity. This speech earned him new fame, allowing his to make an early impression on many voters. From this speech, he launched his bid for U. S. Senate.

He won the position of the U. S. Senator from Illinois by a landslide vote that was the largest electoral victory in Illinois history. In the Senate, he sponsored 152 resolutions and bills brought before the 109th Congress in 2005 and 2006, and he co-sponsored another 427. A great deal of this had to do with immigration policy and reform, including the Secure Fence Act and the Secure America and Orderly Immigration Act. Two more initiatives he introduced were one to regulating military weapons, and one to create a web access point run by the Office of Management and Budget, which lists all organizations receiving Federal funds. He also enacted the Democratic Republic of the Congo Relief, Security, and Democracy Promotion Act.

Barack Obama has announced his candidacy for United States President as of February of 2007. He bases much of his platform on duty to the American people as a public servant and the uniting of government co-operation across party lines. Being a younger candidate, he is the first Presidential candidate to focus on at least bringing some kind of regulation to the Internet, by making a stand for net neutrality and the right of all users to have democratic access to the Internet. He has demonstrated remarkable interest in technology issues, and has even met with companies like Google to discuss possible policy. He also has plans for early childhood education, math and science education.

Barack Obama is a revolutionary candidate in many ways. He is a rapid departure from the so-called “Good Old Boys” network of Caucasian oil billionaires and cronies. He is a centrist Democrat, taking a moderate-to-hard left Liberal stance while proposing that he can unite the government’s two parties to work together. This means that he intends to pull the right wing over to his side, rather than try to please everybody by walking the line in between. Count on Barack Obama to also connect well with younger voters and “Generation Y”.